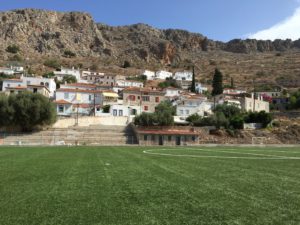 Hydra is a small island off the coast of Greece that is a prominent tourist destination that preserves its historical integrity.  The picturesque island features cobblestone streets, charming taverns, and blue-watered beaches.  While tourism brings many people from around the world to Hydra, the island sustains its own municipal population of just under 2,000 residents as well.  Hydra offers a tranquility driven by a ban on all vehicles ranging from cars to bicycles.  A preservation order sustains Hydra’s antique appeal and unique charm. 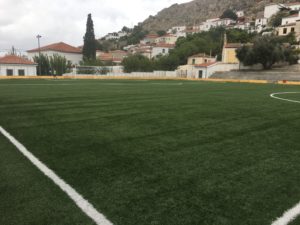 A few years ago Act Global had the opportunity to construct a professional quality football pitch for the residents of Hydra.  Voted the “most beautiful” field in Greece, the synthetic turf system also offers substantial safety and performance benefits.  The artificial grass is engineered and tested to offer a superior playing surface for the players by offering a surface that is fast under the foot and provide sufficient firmness to limit fatigue injuries to the lower extremities of the player’s body.  The synthetic turf system also provides proper Rotational Resistance (traction) to ensure foot stability and to enable quick release of the shoes during rotation and traction movements.  The surface also maintains consistent and uniform ball-to-surface interaction for superior ball control.

Act Global is committed to bringing the highest quality turf surfaces to people across the world, inspiring health and happiness through the power of active play.

Learn how our synthetic turf is beneficial to athletes. 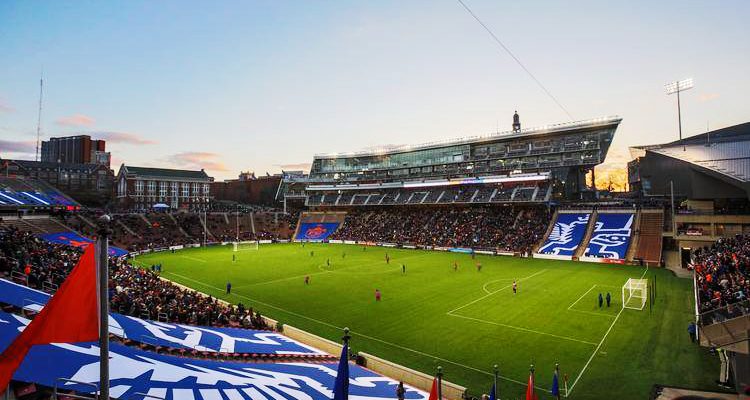 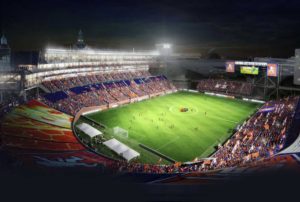 FC Cincinnati might have only begun play in 2016, but the past two seasons have established FC Cincinnati as one of the most successful and most supported teams within the USL league.  FCC holds a captivated and engaged fan base including more than a dozen different support groups alongside casual fans that support the local team’s extraordinary success.  Drawing in almost 500,000 fans to Nippert Stadium throughout the season, FCC broke its single-season record for attendance.

United Soccer League compiled a “Year in Review” for FC Cincinnati that showcased the strong 2017 season. The team ended with a 12-10-10, 44pt record and placed sixth in the Eastern Conference.  The first-class coaches did an excellent job in retaining 17 key players 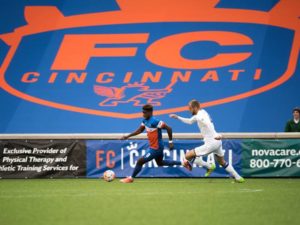 from 2016 that helped build a stable foundation for the team going into 2017.  FCC continued to compete at a superiorly high level, dominating not only the USL league but also defeating Major League Soccer teams Columbus Crew SC and Chicago Fire in the U.S. Open Cup national tournament.  While average attendance was over 21,000 per game making FCC the only team in USL to average over 20,000 fans per game, the matches against MLS teams drew up to 33,250 supporters.

The 2017 season ended in October and FCC competed in one payoff match where they lost to the Tampa Bay Rowdies.

Act Global is excited to continue to watch the team grow and excel going into 2018.  The team currently has its home at Nippert Stadium where Act Global’s brand of synthetic turf has been the surface of choice since 2013.  The artificial grass system is engineered for safety and performance and backed by intensive laboratory tests and natural grass benchmarks of top fields to ensure its high-caliber quality. 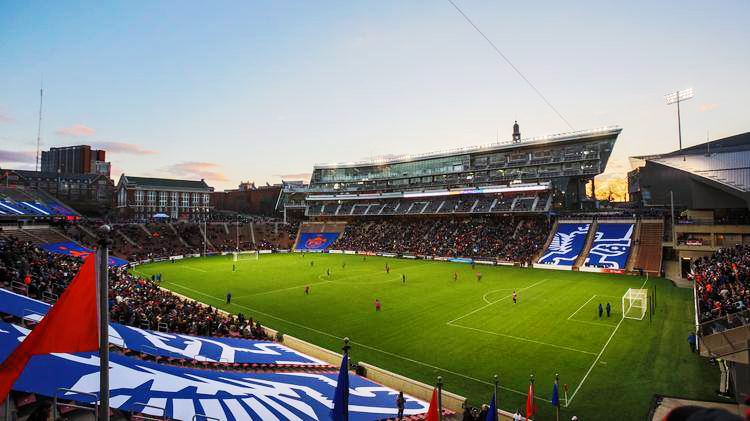 Congratulations to FC Cincinnati on a phenomenal season, and good luck going into 2018!