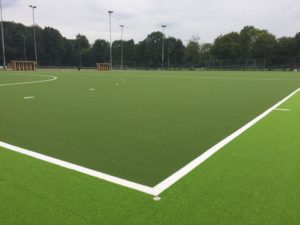 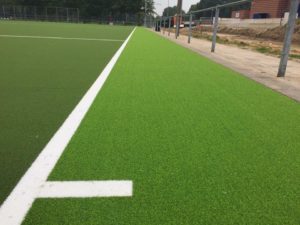 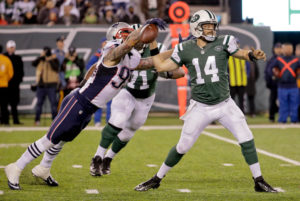 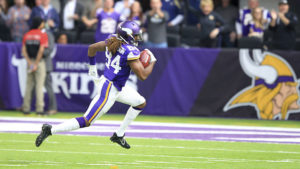 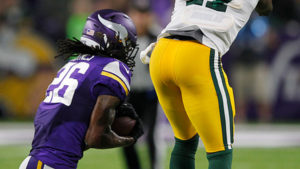 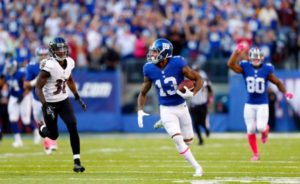 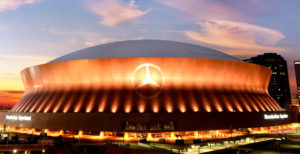 Austin, TX- Act Global was chosen as the manufacturer and installer of turf for the SMG managed Mercedes-Benz Superdome in New Orleans. The surface has recently been installed and is ready for the upcoming NFL preseason game between New Orleans Saints and Houston Texans on August 26.

As Louisiana’s premier sports and entertainment venue for the past 42 years, the stadium is rich in social and cultural history. It is best known for hosting the New Orleans Saints, seven Super Bowls and the annual college Allstate Sugar Bowl and the R & L Carriers New Orleans Bowl. In addition, the historic Bayou Classic matching Southern University against Grambling State University will be played on November 25. As such, the Mercedes-Benz Superdome requires a turf surface that can meet the rigor and performance demands of the top pro and college players.

The synthetic turf by Act Global is engineered and tested to offer a superior playing surface for the players. This proven methodology includes a wide range of quality and durability checks, biomechanical measurements and surface testing. “Act Global is honored to have been selected by such a well-respected organization,” comments Act Global CEO John Baize. “We are impressed by the amazing professionals at the stadium who demand the best for their teams. We are committed to staying at the forefront of player safety and performance for the Mercedes-Benz Superdome and all our clients. Every player is important and our purpose is to serve their playing needs.”

Despite the fact that third-generation turf has been tested for over 20 years, there are still many myths about artificial turf. Many of the following myths originated in the 1960s, when the first primitive types became popular. Since then, the industry has seen rapid technological advances, backed up with scientific studies on the safety and efficacy of synthetic turf. Here are six of the most persistent myths and the truth behind the claims.

Myth 1: Turf is Only for Sports 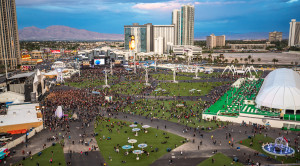 Most people first heard of artificial turf when professional sports leagues started to adopt the surface in the 1960s and 1970s. However, now that the technology behind the surface is even more advanced, artificial turf is also popular in residential and commercial spaces. More and more homeowners are turning to synthetic turf for an easy-to-maintain lawn that looks good every day of the year. Businesses are using turf in landscaping. Airports have increasingly adopted turf as a safer surface technology for safe-zone areas around runways and taxiways.

Myth 2: Turf is Bad for the Environment

Turf does not use herbicides, pesticides or fertilizers. Unlike traditional grass, turf uses much less water. For example, if a high school installs a 100-yard football field, it could save up to 1 million gallons of water per year just from the reduction in watering. The football field would use up to 20,000 recycled tires for infill, saving the tires from sitting in a landfill. Similarly, switching to a fake grass lawn will save the average homeowner 100,000 gallons of water each year. Synthetic turf also does not need to be mowed, reducing both noxious emissions and grass clippings. The EPA reports that a push mower emits as much pollution in one hour as 11 cars and a riding mower emits as much as 34 cars.

Myth 3: Rubber Infill is Not Safe

Truth: Rubber infill, often referred to as “crumb rubber”, is not toxic. 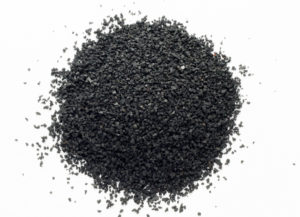 Crumb rubber is made from pulverized tires. When turf with rubber infill was first introduced, it was heavily scrutinized by health researchers. Hundreds of independent studies have verified that rubber infill does not pose a health risk to people or pets. Studies have focused on toxicities from possible ingestion, inhalation and dermal contact, but no links between rubber infill and cancer or disease have been found. For more information about the safety of rubber infill, visit the Synthetic Turf Council’s research page.

Studies conducted using the new generation of fake grass demonstrate that there is no greater injury risk from playing sports on synthetic surfaces. Studies from Sweden and Norway which followed players over a four to five year period found the injury rate is no greater on artificial turf. Studies conducted by soccer’s governing body, FIFA, also found little difference in the incidence, nature and cause of injuries observed in games played on turf versus games played on natural grass. 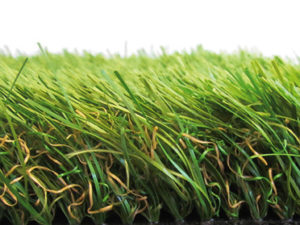 Truth: Turf comes in many different varieties, and the quality is dependent on the manufacturer.

Artificial turf comes in a variety of styles for location, performance and budget.

Myth 6: Turf is Too Hot to Play On

Truth: Turf temperature is not too warm to play safely on.

Last week we kicked off work with Vescio’s Sports to renovate the University of Kentucky’s soccer practice field, and our installation crew is doing an awesome job. 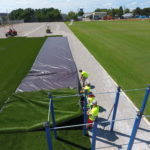 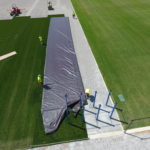 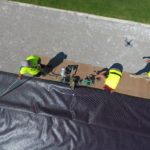 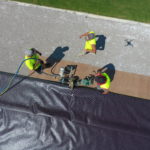 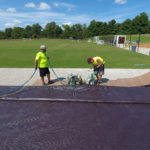 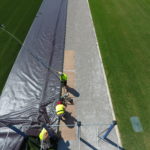 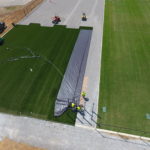 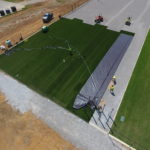 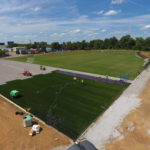 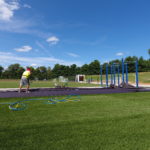 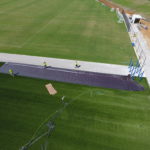 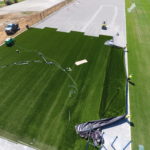 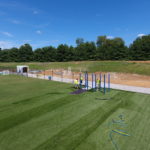 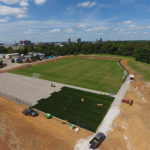 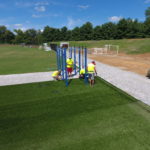 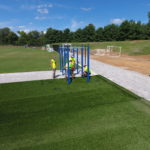 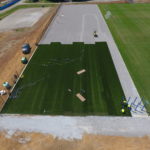 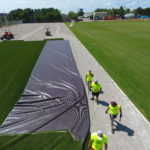 The amount of time a college athlete spends on their practice field each week is substantial.  The practice field is a place of learning new moves and attempting new plays.  It’s where mistakes are acceptable.  At Act Global, we want athletes to have the power to make mistakes without getting injured.  We believe in providing the Wildcats with a surface that has been engineered to perform with them,  giving these athletes the confidence to not have to think about their safety while training.

We’re excited to have the opportunity to work with Vescio’s Sports to bring our synthetic turf to Kentucky soccer.  Our base work partner has helped us lay some pristine fields for us in the past, and we know this install will be no different.